The Future of Work with Jeff Wald

In the age of automation, gig jobs, and hybrid models, let’s explore the future of the workplace. How can companies transform and adapt to these disruptive changes? Jeff Wald tells us more about his book, post-pandemic predictions, and effective ways for society to keep up with the ever-dynamic employment world. 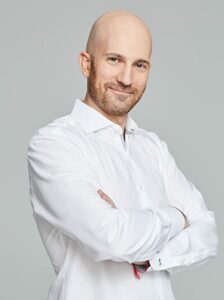 Jeff Wald is the Founder of Work Market, an enterprise software platform that enables companies to efficiently and compliantly organize, manage and pay freelancers (purchased by ADP).

Jeff has founded several other technology companies, including Spinback, a social sharing platform (eventually purchased by salesforce.com). Jeff began his career in finance, serving as a Managing Director at activist hedge fund Barington Capital Group, a Vice President at Israeli venture firm Glenrock and various roles in the M&A Group at JP Morgan. He is an active angel investor and startup adviser and serves on numerous public and private Boards of Directors.

Jeff holds an MBA from Harvard University and an MS and BS from Cornell University. He also formerly served as an officer in the Auxiliary Unit of the New York Police Department. Jeff is the author of “The Birthday Rules” and “The End of Jobs: Rise of On-Demand Workers and Agile Corporations.”

Jeff is also a Producer of the Tony Award Winning Best Musical, “A Gentleman’s Guide to Love and Murder,” “Slava’s Snowshow,” and the full-length feature “Inez & Doug & Kira,” which has won best picture at various film festivals. Jeff is a regular writer in Huffington Post and Forbes and speaks widely at conferences and on television on startups and labor issues. Jeff was named “One of the 100 Most Influential People in Staffing” by the Staffing Industry Analysts.

Post Views: 69
PrevPreviousWhy Research Makes for a Better Book (and makes you a better Expert) with Ron Carucci
NextGet Present to Occupy the Life YOU Want with Andrew McConnellNext